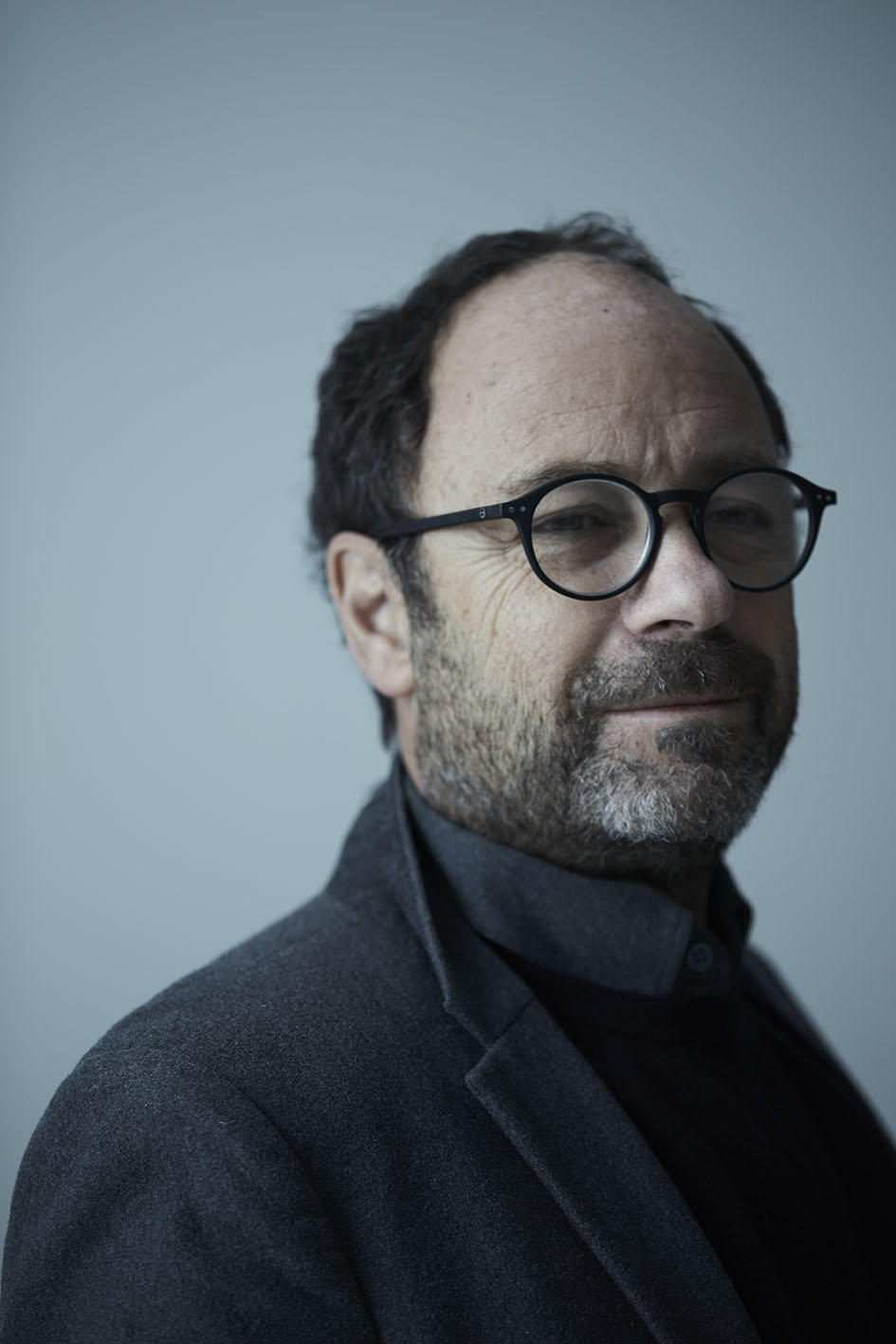 Born in 1963 in France, Thomas Dhellemmes lives and works in Paris.

Thomas Dhellemmes has been passionate about photography since his childhood. After studying visual arts, he went to live in the Cape Verde Islands.  When he moved back to Paris, he decided to dedicate himself entirely to photography. He developed personal artistic projects while earning a living by doing photography commissions (lifestyle, gastronomy, luxury...) with Atelier Mai 98, the creative photographic studio he founded. His creative work began with his Ektachrome photographs that included Un regard sur le Cap-Vert (A look at Cape Verde) (1986-88) and Promenade Silencieuse (Silent Promenade) (1989).
He then worked in black and white using Ilford film for Marié(e)s (Brides and Grooms) (1990-98).
Since the 2000 decade (Légumineux (2009), Jour bleu (2019) in collaboration with writer Tahar Ben Jelloun and Path(s) (2020) for the festival Planche(s) contact in Deauville, Normandy), Thomas Dhellemmes has primarily expressed himself by using his Polaroid SX 70 camera.
He likes the timelessness, uniqueness and slowness of every picture. The camera’s imprecision gives the spectator a total freedom of interpretation.
As a traveling photographer, Thomas Dhellemmes continually searches for a moment of absolute grace.
Emotions photographer, his work speaks of existence and of the fragility of life with its ephemeral nature.
He nurtures a mysterious distance with each subject.
The almost blurred Polaroid images captures perfectly the poetry of the moment, just like in the mists of mind and memory.
‍
“To me, taking photographs has always been a powerful act that I pursue with respect and uniqueness”.

« Leave – Surrender yourself to an unknown place – Forget.Focus on a horizon, a white wall, a sign.
Don’t explain your choices. Just feel – Don’t come too close so you don’t understand.Just graze over it lightly – let your imagination take over. I like to take photos slowly, differently.
This is a countercurrent to an era where everything moves too quickly without stopping. Where everything is multiplied instead of being unique. Make a beautiful moment simple. Make a universal moment unique.My life’s voyage is that of a loving man. To love, love those close to me, love this world.»
‍
Thomas Dhellemmes

-  Winner of the Images Prize at the 26th Jasmin Prize
For photographs illustrating the article by Anne-Marie Corre, Mon parfum est un roman (My perfume is a novel), Paris-Match